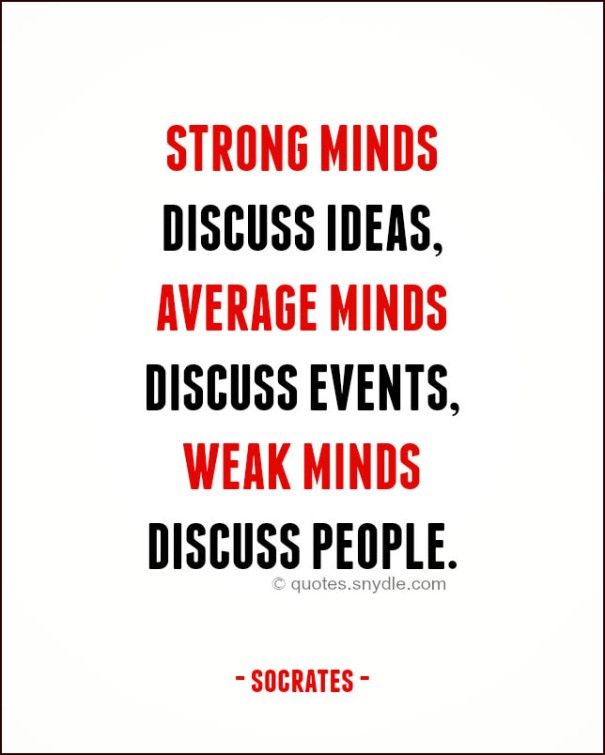 Don’t get caught in over procrastinating; you do=true your part, life will true its path; Shiva Shakti bhava, God bless. 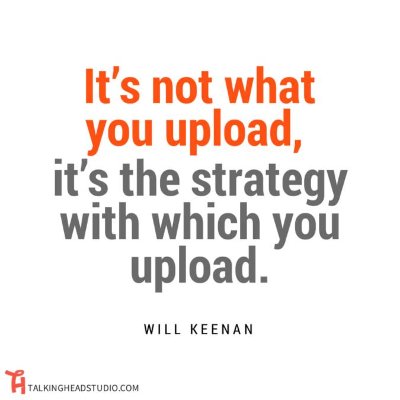 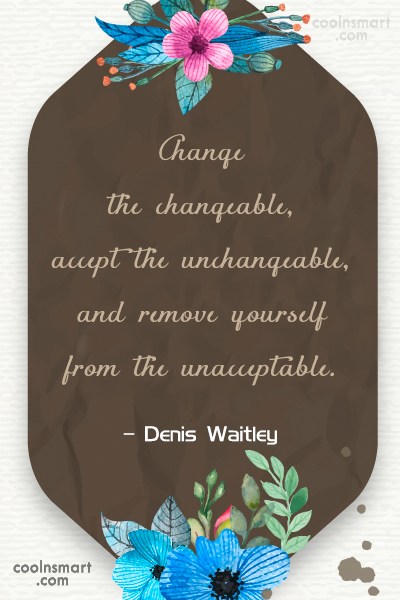 Ancient style of scripture used for the Pāli Canon

The Chinese Diamond Sutra, the oldest known dated printed book in the world, printed in the 9th year of Xiantong Era of the Tang Dynasty, or 868 CE. British Library. 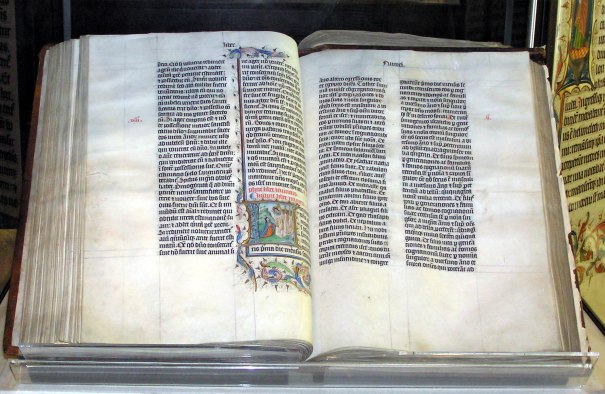 The Bible (left) and Science and Health with Key to the Scriptures (right) serve as the pastor of the Christian Science church.

Cover page of The Book of Mormon from an original 1830 edition, by Joseph Smith, Jr.
(Image from the U.S. Library of Congress Rare Book and Special Collections Division.)

The Cippus of Perugia, 3rd or 2nd century BCE

The Bhagavad Gita is Lord Krishna‘s counsel to Arjuna on the battlefield of the Kurukshetra. 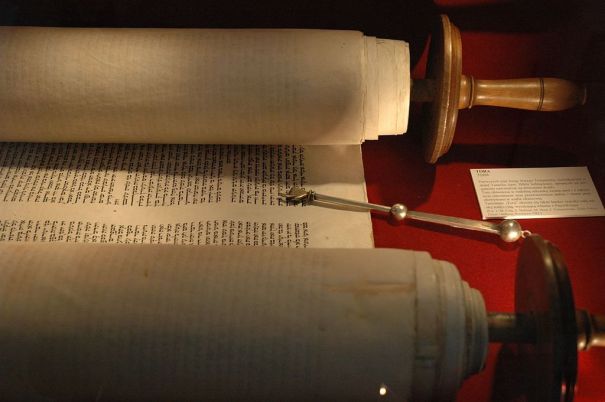 A Sefer Torah opened for liturgical use in a synagogue service

It all begins and ever graciously glows/grows with the pure divine dignity of our souls; Shiva Shakti bhava, God bless. 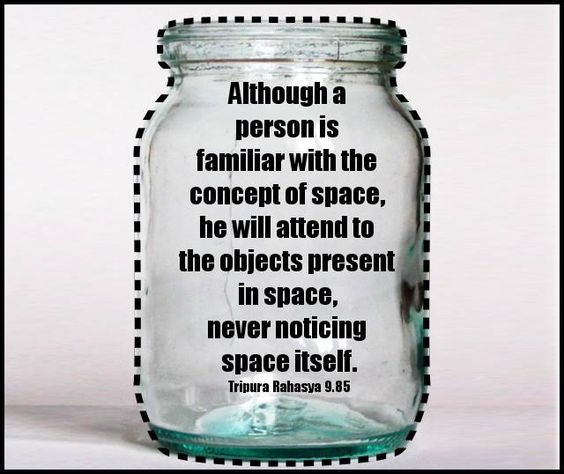 The infinity of our creative evolution seeks true awaken us true its divine wisdom enshrined within the sacred realms of our true nature, our trueselves, our divine essence and our ever gracious souls ever sow consonantly; Shiva Shakti bhava, God bless. 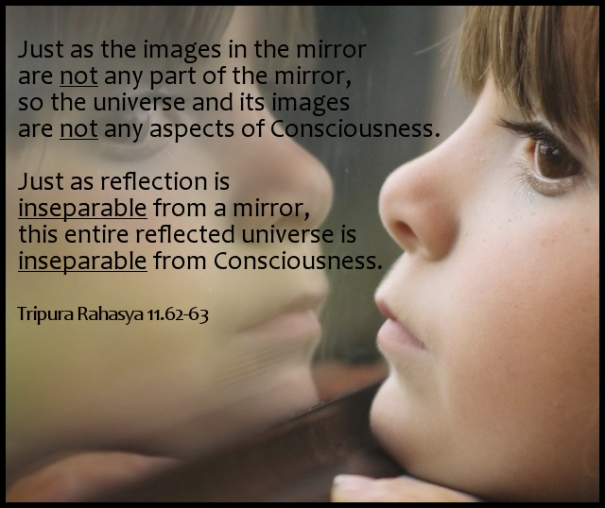 Everything is pure in its essence and remains integrally the cohesive blossoming of the divine graciousness of its creative evolution; in accordance with its divine ordinance and adherence to the divine covenants of the divine infinity of its sacred eternality ever sow graciously, gratuitously, ingeniously, vigilantly and wisely; Shiva Shakti bhava, God bless. 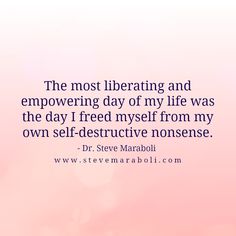 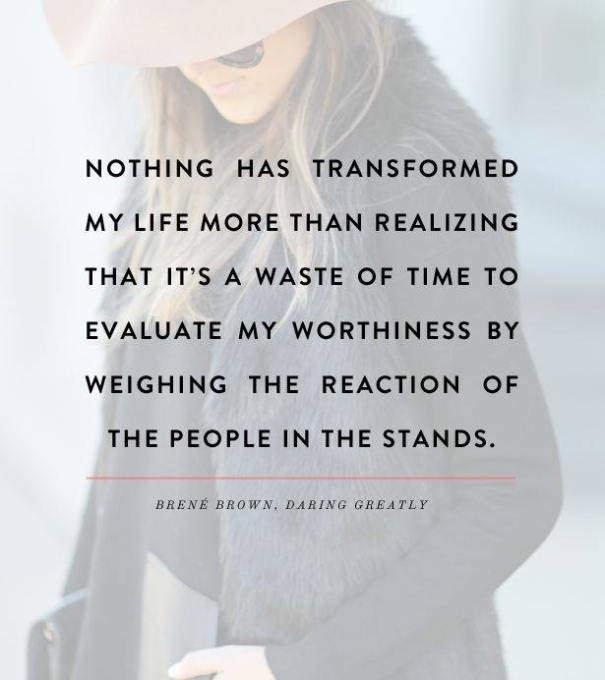 Indeed, almost everything has its encoding emanating from the essence of its integral self worthiness; realize your divine essence; your divine values are the ever gracious wisdom evoking your conscientious awareness true embrace your divine potential and cherish your divine heritage ever sow gratuitously, ingeniously, vigilantly and wisely; Shiva Shakti bhava, God bless.

All of yourself likewise loves you right true and through; Shiva Shakti bhava, God bless. 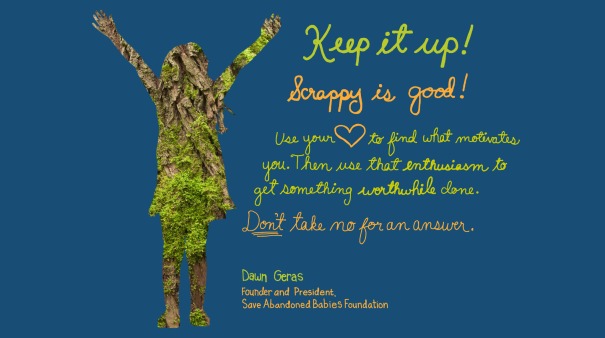 Yourself believes in you; Shiva Shakti bhava, God bless.

Yourself always has extremely high regard for you; so never ever depreciate your self worth; your self esteem and your dignity; you were, you are and you will always be the precious child of God; so be proud of your divine heritage and focus on doing what is purposeful and note worthy to make God feel proud of you always; Shiva Shakti bhava, God bless. 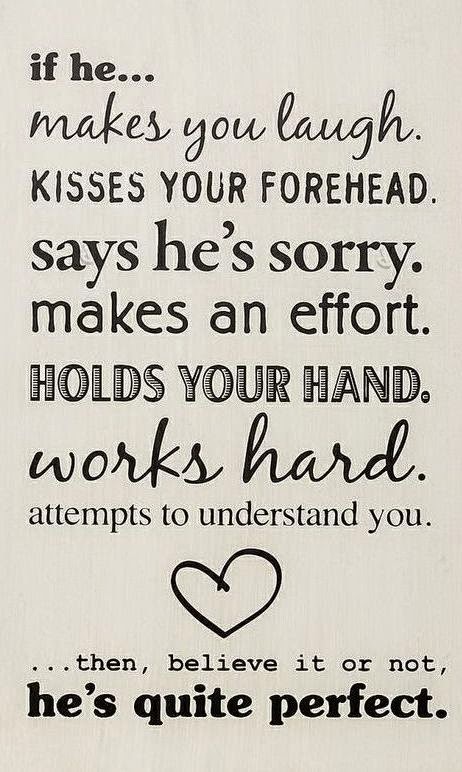 Fall in love with yourself all over again; with each and every breath; embrace and cherish the divine essence of your being ever sow gratuitously; Shiva Shakti bhava, God bless. 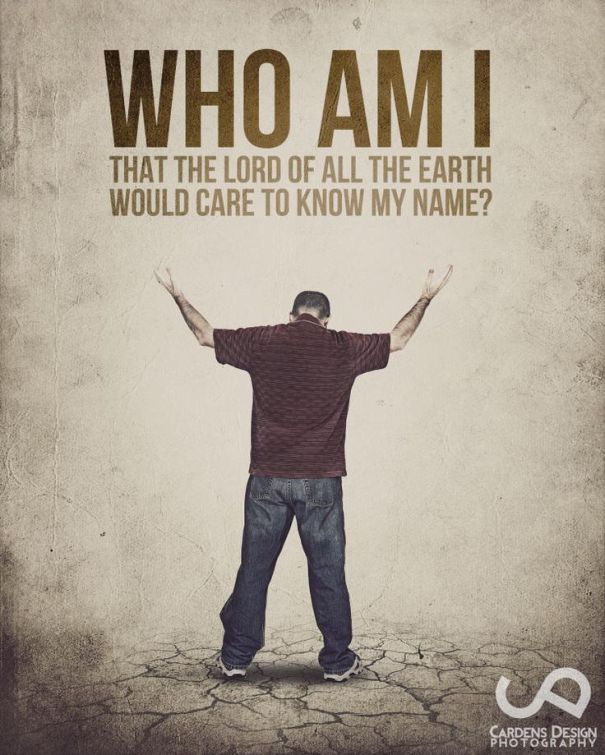 Realize, the Lord’s divine grace emanates and ever graciously aligns=flows with meticulous observance of the divine ordinance of the creative evolutionary pact of the pure cosmic energies consonantly.

So when you seek true identify with who aim i; the primordial aims that you arrived with, when you were sow ever graciously born evoke your conscientious awareness true awaken true your divine heritage and embrace the moral divine values of your being sacredness.

All that the Lord seeks and wants from you is true awaken true the divine essence of your true nature, of your true self and of your soul’s consciousness; for from that all else will remarkably blossom and provide you with its pure awareness of the immaculate aims that you have been borne/endowed with and the divine gracious wisdom will lead the path that liberates you from any delusion/illusion and true experience your divine oneness with the Lord as the child of God that you have always been yearning true experience in this lifetime; so be it; so be it; sow be its; its refers to=true the divine essence of your sacred values ever sow ingeniously, vigilantly and wisely; Shiva Shakti bhava, God bless. 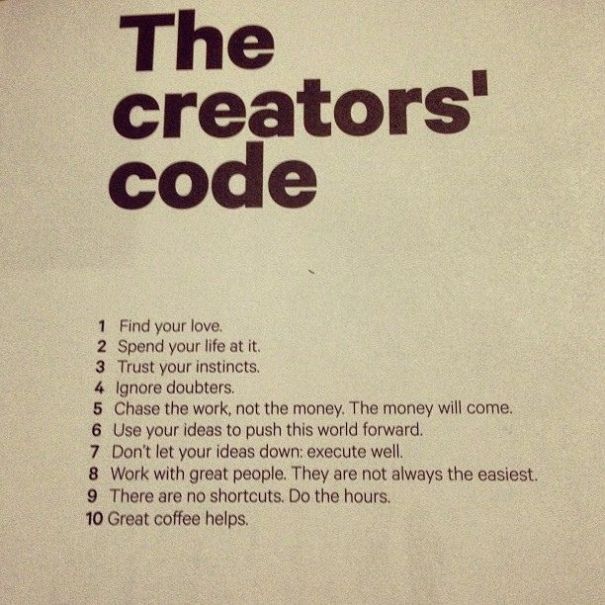 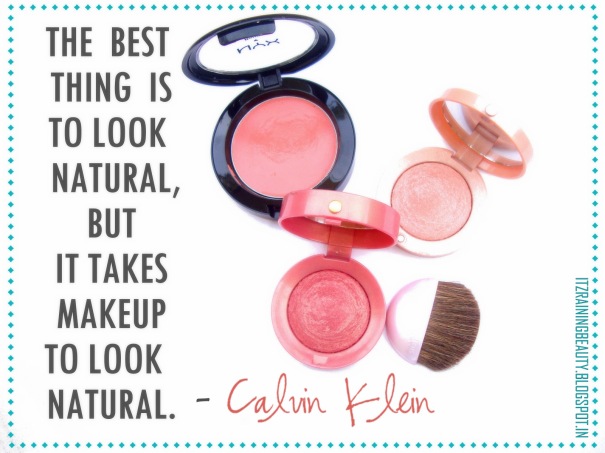 Shiva=The Pure Divine Nectar of the Cosmic Tattvas Principle/Essence/Element. The divine ambition of purity and pure sacred auspiciousness of being

Shakti = The pure ambition of divinity and the pure divine cosmic energy that orchestrates evolution, the solar/lunar consciousness, the divine universal consciousness and the cosmic consciousness with methodical precision and most exponentially

The Vedas = Ancient sacred scriptures; The Vedas, The way thus.

O Lord Shiva, elucidating and reflecting upon your divine grace is far beyond the  mere paraphrasing for  who can be able to write light, read light, speak light; your divine eminence is the ever gracious splendid magnificence that amazingly nourishes us with its ever graciously divine wisdom to keep venturing towards sustaining the visions that belong true the goodwill, harmony, sustainable progress and equanimous welfare of the Universe.

With space=the akasha tattva/principle/element along with the crescent moon proudly worn as the divine crown on your forehead and the solar/lunar consciousness’s of the Universes enshrined within your ever magnanimous foresight; with the sacred Vedas divinely emanating/flowing through each and every verse/stanza of every sacred syllable; we humbly bow with utmost reverence, profound gratitude and breath in sanctified divine union along with the pure devotion=bhakti of Shiva’s Shakti for humbly attaining the eternal bliss of ShivASwaroopAnanda (Pure Infinite Joyfulness) of the Universes Shakti that forever emerges, merges, aligns, convokes, evolves and reunifies with utmost reverential respectfulness of the divine grace as Shakti’s Shiva, Jai Shiva Shankara, Har Har Mahadeva; Shiva Shakti bhava, God bless. 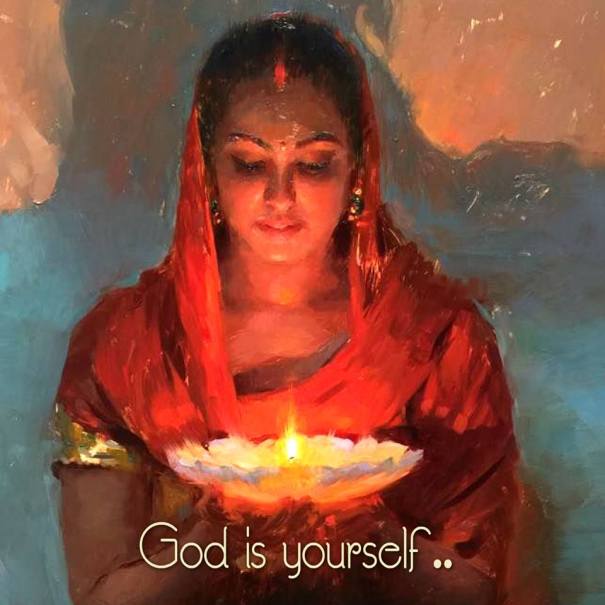 Respect the pure divine sacredness of your exalted being=highest self/pure divine consciousness which yearns for a glimpse of your infinite divine expression of pure love for the divine magnificence of God in all of your being as all of God’s creations; Shiva Shakti bhava, God bless. 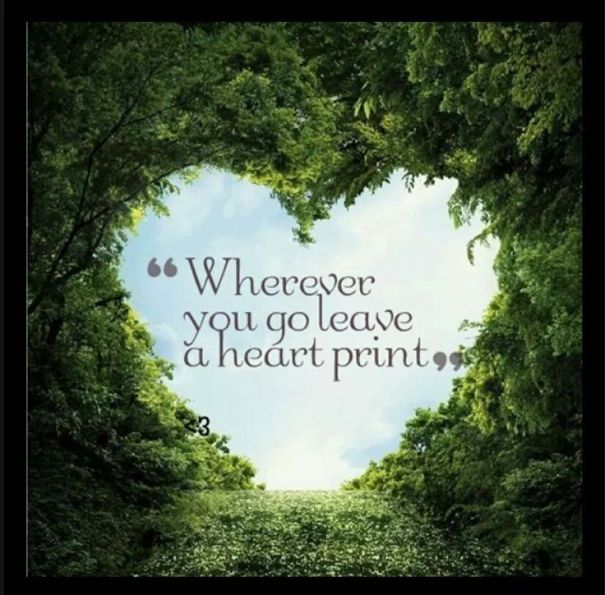 For the true graph of the Universe’s every sacred prose is forever immersed in its pure goodness of God’s divine graciousness; Shiva Shakti bhava, God bless. 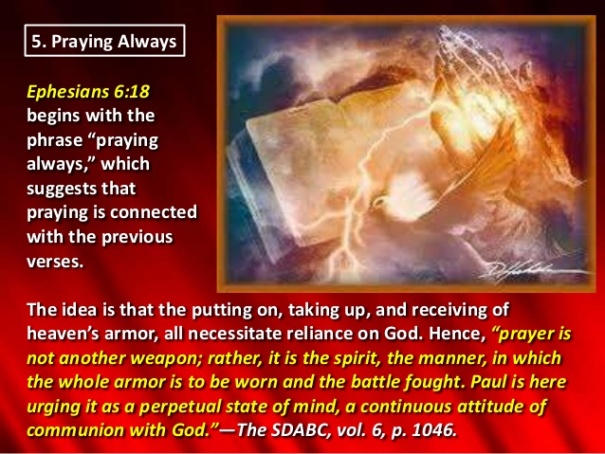