Please sign and share this urgent petition to ask that Razieh Ebrahimi receive a pardon so she will not be hanged to death.

Razieh Ebrahimi was forced to become a child bride at 14 years of age, become a mother when she was only 15, and endure years of verbal and physical abuse from the man who married her. Ebrahimi killed her husband to escape the abuse when she was 17 — and now she could be hanged as early as this week.

Ebrahimi is facing execution even though international laws prohibit the death sentence for crimes committed by juveniles. Human rights lawyers around the world are calling for Iran to stop executions of juvenile offenders.

Ebrahimi told reporters that her husband would use any excuse to verbally and physically attack her. It is obvious that this woman took desperate action to escape from abuse.

Her husband’s family has the right to grant a pardon to her. Please sign this petition to ask them to practice compassion and forgive Razieh Ebrahimi.

We earnestly seek your compassionate urgent help and conscientious consideration regarding the case of Razieh Ebrahimi.

Women are the epitome of divinity and represent the moral courage, dignity, pride and values of each and every society all across the World. With every breath that we take, we are inspired to awaken to our true nature in practicing righteousness in all that we think, do and express consistently and this truth of life is remarkably taught by Mothers all across the World respectively.

With reference to the case of Razieh Ebrahimi, it is to be carefully understood and realized that she is a Mother; who as a Child bride has been the tragic victim of the most shockingly outrageous and brutal treatment anyone could ever experience. Being forcibly married at 14 years of age, and then having to give birth to a Child when she was 15 years of age, while actually being a minor herself is shattering the ethical characteristics and sanctity of humanity. She has endured tremendous physical and verbal abuse along with unthinkable pressurizing hardships and the most terrible ordeals any human being could ever go through; all unfairly inflicted upon her, by her husband.

Every human being truly deserves respect and so does Razieh Ebrahimi which she was challengingly denied and made to endure and suffer very most abusively. What she did was under enormous overwhelming pressure and subjugation, where her life was perilously at stake; and now with the verdict of a death sentence, the World is shocked beyond belief that this is happening in this present day and time.

In the name of Allah, the most compassionate and most merciful we humbly call upon your good selves to grant pardon to Razieh Ebrahimi and to revoke the death penalty.

Persia, as Iran was known before has been one of the greatest countries with a rich civilization, dignified heritage, cultural values and greatness in each and every one of its aims, objectives and noble aspirations. Today as well, Iran is a great country that could truly become amongst one of the greatest countries of the World as well; and history is testament and as it is well known that Islamic compassion is a priceless treasure and is a great privilege that Razieh Ebrahimi seeks to be conferred with, so she can live peacefully in goodwill and harmony with her Child for the rest of her life.

She truly deserves to live this precious life of hers since after a person goes through the distressing ordeals that she has faced and endurably overcome, what remains is utter shock. At this stage and further ahead, she truly needs the love and support, the understanding and recognition as she has been earnestly appealing for since so many years.

If there maybe any comments in and amongst the petition’s signatories that might be appearing offensive or harsh or otherwise, please accept my sincere apologies since none of the signatures and comments are intended to hurt anyone’s sentiments or feelings or sense of being; everyone is extremely challenged and left with a sense of disbelief as to what is happening since we are in the 21st century and Razieh Ebrahimi is being condemned and punished for what and where actually she was the most tragic of victims ever, all along. There was no one to help her in all the most agonizing years of her life; so the outrage that is being expressed in support of Razieh Ebrahimi is to support what is righteous and true against unfairness and cruel brutality that was most menacingly meted out to and upon her, by her husband.

We respect and love Iran as much as we love all the other Countries in the World and wish to solicit your much valued urgent help and understanding as well as compassionate cooperation with rescinding of this punishment and liberating Razieh Ebrahimi from the unethical, unfair and cruel bondage and punishment and unbelievable sentence that she has been penalized for, sincerely awaiting your much needed urgent response, God bless.

With Respect and Gratitude,

In anticipation of your much awaited compassionate help, 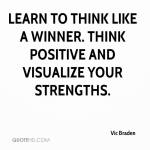 Truly liking and gratefully appreciating what we have; while resourcefully utilizing each and every moment of our life constructively, compassionately, considerately, diligently, prudently, responsibly, sincerely, truly, vigilantly and wisely is what life is all about, God bless. 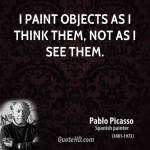 People enjoying are being in joy.

People in joy are being enjoyed, God bless.

Canada Day is being proudly celebrated on July 1 2014 respectively.

It is a wonderful opportunity to reach across and felicitate the Canadian People in Canada and all across the World on this glorious occasion.

It marks the remarkable cultural and economic growth pioneeringly empowered by the enterprising initiatives of its wonderful people. 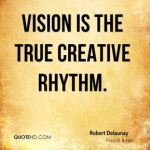 Canada proudly represents enterprising innovation and excellence. The cultural heritage of Canada and its professional excellence in innumerable sectors are amongst some of its proud inherent characteristics.

The national motto of Canada is “A Mari usque ad Mare” – the translation definition of this is “From Sea to Sea”. This is gloriously reflecting the admirable attitude and legendary vision of the Canadian people as they remarkably strive to ingeniously promote and sustain the visions that belong to the development, goodwill, harmony and welfare of the Universe consistently, God Bless.

The True Spirit of Canada and its wonderful people will always seek to shine forth gloriously, God Bless.

What we keep accumulating, keeps cumulating as well, God bless.